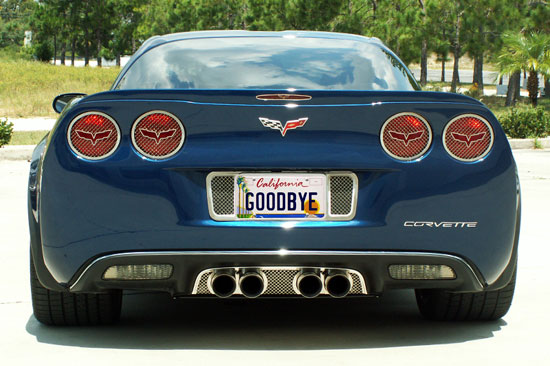 So, you have decided to move to Idaho. The moving van is packed, the kids, the dog and cooler are in the car and you are watching your former home get smaller in your rear view mirror.

I have lived in Idaho since 1994. The day after I moved here, I surrendered my California driver’s license for an Idaho license. I got rid of my California license plates just as fast. I heard all about the anti-California sentiment I was about to encounter and didn’t want to be the next victim.

It turned out that what I heard was mostly wrong. Yes, there were some people that didn’t like Californians. To be honest, they had some very good reasons. We’ll get to that later. However, upon becoming closer acquainted with the people and the culture, my expectations were more than exceeded. I was now surrounded with people that felt the same way I did.

Idahoans are a very friendly, tolerant people. We really don’t care where you came from. Contrary to what the Mainstream Media would have you believe, we don’t care what color you are, what accent you speak with, whether you are a Protestant or a Catholic or whether you attend church at all. We really are a live-and-let-live people.

But this is where things get a bit complicated. Idahoans like freedom. Not everyone really does. Some people are enamored with big government – they can’t imagine life without it. We don’t care one bit for the Nanny State.

This article should not be taken as a condescending lecture from an Idahoan to a newcomer. Think of it as a “Dear Abby” column – free advice from one California ex-patriot to another. What follows are a few suggestions on how to make friends and enjoy life in Idaho…

Don’t bring the mess with you.

No doubt you have decided to leave your former state because you were looking for something better. You found it.

You traded the idiocracy, the pollution, the homeowner’s associations, the garbage, tyrannical government, gun control, confiscatory taxation and rest of the mess for a new life. You are no longer a subject of the People’s Republic of California, Oregon or Washington. You are a free Idahoan now.

This isn’t the way we did it in [insert former state here.]

The last thing an Idahoan wants to hear is, “this isn’t the way we did it in California.” If there is one phrase that is guaranteed to earn you some demerits, it’s this. Honestly, no one here cares how California, Washington or Oregon do anything. If life there was so great, you wouldn’t be moving, am I right? It isn’t relevant to your new life in Idaho.

We are fond of the Second Amendment and understand that as falls the Second Amendment so falls the rest of the Bill of Rights. We are a Constitutional Carry state, which means that anyone can carry a concealed firearm without the government’s permission – just like the Founders intended. If guns scare you, I hear gun control strongholds like New York City, Atlanta and Chicago are looking for fresh victims.

If you want big government, there are plenty of other options. No one will be interested in hearing how Idaho stinks because our government doesn’t waste as much money as your former state. As for our roads, we’re quite fond of potholes – we grow them everywhere.

Just guessing here, but one of the reasons you are probably fleeing your former state is excessive taxation on just about everything. Please don’t move here and vote to increase taxes. You tried high taxes already. How did it work out for you?

Idahoans eat meat. Lots of it. We like it best after killing it ourselves. We think of P.E.T.A as People Eating Tasty Animals, or a type of bread you stuff with seasoned meat. There are very few vegan restaurants here – in fact, I can’t think of one. We respect your right to the diet of your choice, but please don’t try to change ours.

Very few of us blindly obey the poorly thought out dictates of government bureaucrats. Our idea of “social distancing” is a fishing trip. Don’t expect everyone to wear a mask – most of us don’t. You can burn yours at the Idaho border if you like. However, if you insist on wearing one, we won’t publicly ridicule you for it.

If after reading all of the above, you’re still heading to Idaho, join me for an elk burger and a beer. I’ll spring for the food, and we can talk about your transformation from refugee to neighbor.